What currencies can I exchange in Iran? 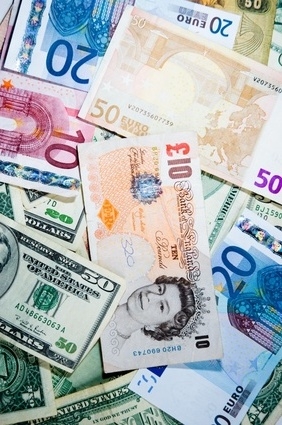 What currencies are used in Iran? Is it easy to cash USD or AUD (Australian dollar)?

These are frequently asked questions by tourists who have already decided to travel to Iran but are a little concerned about lack of credit cards.

That is one thing, many know. Because of the sanctions on Iran, credit cards are not much used. There are no ATMs for international cards. Just a few agencies and carpet dealer accept credit cards. That is why you can rarely use your travel card in Iran.

But the good thing is that it is easy to cash major currencies in Iran in several banks and offices available.

I personally haven’t seen so many bank branches in the foreign countries. Actually, here there are too many. There are more than 20 banks in Iran which have many branches in every city.

Alternatively, in major big cities there are a number of official exchanges offices where you can cash major currencies.

In smaller cities you can only refer to main governmental bank which is usually the Meli Bank to exchange money.

So as you see it is not that difficult as it seems.

One more thing to add is about the currencies.

Most major currencies can be cashed in banks or official exchange offices. The following are accepted in most banks.

Besides, some other major currencies are accepted in Exchange Offices called “Sarafi” in Persian. AUD (Australian dollar cannot be exchanged in bank but it is exchanged in all exchange offices. These offices are found on main streets downtown or sometimes in affluent part of big cities.

But it would easier and wiser to have some USD with you so that you can travel with an easy mind.

An important point to remember is not to exchange money with the people on the street.

These illegal exchangers can easily cheat you.

On the whole, there is nothing to worry about!